The Caliphate is divided up administratively to aid the Caliph in the task of ruling. The territories which the Islamic State rules over are divided into provinces where each province is known as a wiliyah ruled over by a governor (wali).

For the citizens of the Caliphate, their first point of contact with the leadership of the state is the governor who is managing people’s day to day affairs on a regional level. If the governor is oppressive then this affects people’s daily lives more than any other government official including the Caliph.

It is therefore of paramount importance for the Caliph to be fully aware of what is happening in all the various provinces of the Caliphate, and he will appoint Wazirs (Assistant Caliphs) to aid in this task.

For further information read Accounting the Governors of the Caliphate

Al-Mansur was the second Abbasid Caliph and ruled from 136H/754CE to 158H/775CE. Tabari narrates from Ibrahim b. Musa b. ‘Isa b. Musa how Al-Mansur supervised affairs in his provinces.

The postmasters in all outlying districts used to write to al-Mansur during his caliphate every day about the price of wheat and corn and seasoning, and the price of all foods and all the decisions the Qadi had made in their district, and what the governor had done and what wealth was returned to the treasury and items of news.

When their letters arrived, he (Al-Mansur) looked at them and, if he saw that the prices were as usual, he did nothing but, if he saw that something had changed, he wrote to the governor and the tax collector there and asked about the reasons for the price change, and when the reply came about the reason he was gently concerned about it until prices returned to normal.

If he had doubts about a judgment the Qadi had made, he wrote to him about that and asked those who were in his presence about his conduct and, if he disapproved of anything that was done, he wrote to him, rebuking him and criticizing him. 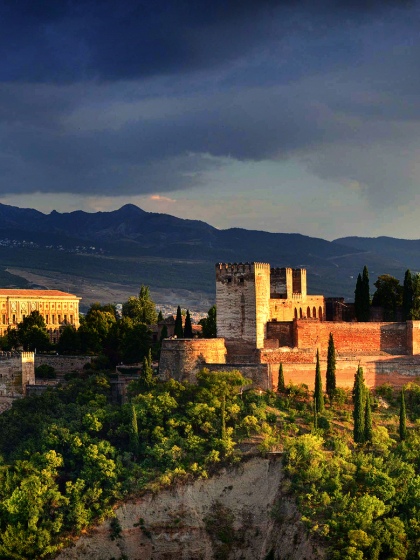