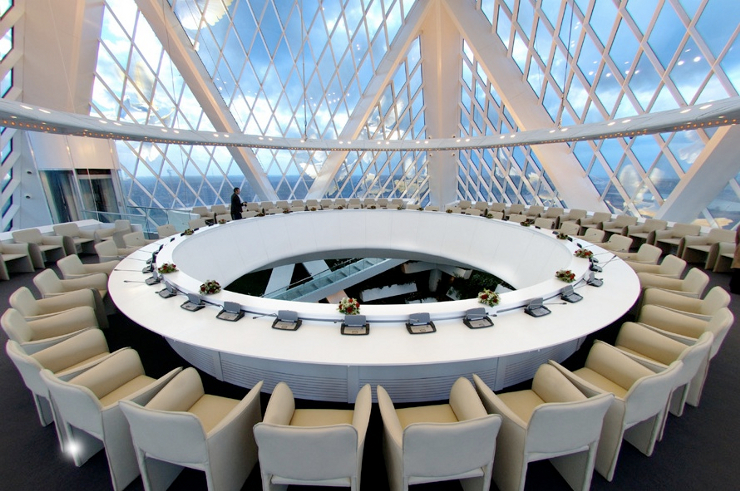 The House of Representatives (Majlis al-Ummah) is an elected council whose members can be Muslim, non-Muslim, men or women. These members represent the interests of their constituencies within the state. The Majlis has no powers of legislation like in a democratic parliament but it does have many powers that act as a counterbalance to the executive powers of the Caliph.

Members of the Majlis can voice their political opinions freely without fear of imprisonment or rebuke. Along with its mandatory powers listed below this makes the Majlis ul-Ummah a very powerful institution for accounting the Caliph and his government.

The Majlis has its evidence in the rule of shura (consultation) that is a right given to Muslims (men and women) by the shari’a. Allah says in the Holy Qur’an:

“And do consult them in the matter”1

The areas where shura applies and whether its binding or not on the Caliph are explained in more detail in How laws are made in the Caliphate.

As for non-Muslims, Allah ordered the questioning of the People of the Book (Jews and Christians) regarding whatever we do not know, and this is proof for the permissibility of taking their opinion.

Why is it called Majlis ul-Ummah and not Majlis ash-Shura?

As the mandatory powers of the Majlis make clear this council is more than just a consultative body. It also has powers to remove the governors and assistants in addition to being the body that elects the Caliph. It acts as a very important accountability mechanism within the state. Therefore, restricting the name of this council to shura alone would be incorrect.

Some may ask doesn’t the Arabic word ummah apply to Muslims alone? In answer to this the word ummah is a homonym (mushtarak) which is a word with more than one meaning. It is used to refer to one person, a community, the Muslims, the citizens, the deen and so on. As with all Arabic words in the sharia texts the intended meaning is determined by an indication (qarīnah). The intended meaning of ummah in Majlis ul-Ummah ‘is citizens (ra’iyyah).4

Powers of the House

The Majlis ul-Ummah has the following mandatory powers: 5

Is the Majlis a legislature?

As discussed in How laws are made in the Caliphate the Caliphate is not a democracy and the Majlis ul-Ummah is not a legislature. Although the Sharia committee of the Majlis has the right to scrutinise the Legislative Laws this is not through majority voting but rather through the Islamic method of ijtihad. The opinion of the sharia committee is not binding on the Caliph, though any disputes would be referred to the Mazalim court for resolution.

Are Representatives Appointed or Elected to their Positions?

City states do not exist nowadays and therefore the Caliph cannot know all the representatives of the people. At the second pledge of Aqaba, which was the bay’ah given by the Ansar to establish the first Islamic State in Medina, the Prophet Muhammad ﷺ didn’t know every member of the Aws and Khazraj tribes (Ansar), so he ﷺ said, “Choose from among you twelve leaders who will be responsible for themselves and their people.” 7 Therefore the majority of the positions to the Majlis ul-Ummah will be elected by the people as this is the best method to ensure true representation.

In addition to elected representatives there may be a requirement to appoint certain people to the Majlis to ensure true representation. These appointments will be heads of the other religions existent within the state. They will represent their respective religious communities and raise any complaints or issues which affect them. In the Ottoman Caliphate a similar system existed where Millets were established which had their own councils headed by a religious leader. Instead of operating separate entities as the Ottomans did a future Caliphate will have one central Majlis ul-Ummah containing all representatives of the different communities within the state.

Having said this when the Caliphate is initially established elections may not be possible immediately. In such a situation the Caliph and governors will need to appoint representatives to the Majlis ul-Ummah and Regional Assemblies (Majlis ul-Wiliyah). These will be heads of Islamic groups, tribal leaders and other notable influentials within the state. Part of the work undertaken by Political parties working to establish the Caliphate is to identify the influential people in society not only for establishing the state but also so they can play a prominent role in building the new society after the Caliphate’s establishment.

It is permitted to adopt any administrative law, policy or technological advancement from any country or system including the west as long as it does not contradict shari’a. These styles and means which change throughout time are what allows Islam’s legislation and values to be applicable to all times and places. Therefore elections within the Caliphate and the structure of the Majlis will be similar administratively to those found in the west.

Each Majlis and Regional Assembly member will have a limited term of office which will be five years. Once their term is up they will have to step down or seek re-election. There is no limit on the number of times they can be re-elected.

Will Majlis Members receive a wage from the state?

It should be noted that the Caliphate is an ideological Islamic State and as such Muslims enter ruling positions for a spiritual value not a material value. However, as with all government posts and civil service positions within the Caliphate they will be given a wage and expenses so they don’t have to engage in outside work.

Can a Majlis Member also hold a government post?

If we look back to the Prophet’s ﷺ state in Medina we find he ﷺ appointed fourteen men for shura (consultation) because they were the representatives of their people. There were seven from the Muhajiroon and seven from the Ansar. These fourteen men effectively formed a Shura Council (Majlis ush-Shura). Among the members of this council were Abu Bakr and Umar. Abu Bakr and Umar were also Delegated Assistants in the Prophet’s ﷺ state so they held both positions, i.e. they were Majlis members and rulers at the same time.

Therefore in a future Caliphate the state may adopt that Majlis Members can also be members of the government as we find in the UK where the elected representatives (MP’s) hold a dual role as Ministers and even the Prime Minister. However, due to the expansion in the role of the Majlis and its importance as a counterbalance to the executive power of the Caliph and his cabinet, the best solution would be for the Majlis Member to resign his position when taking up a government post. This is what happens in America when a Senator or Congressman is selected for government.

The Majlis will consist of various committees. These are:

Sharia Committee: This consists of Muslim men and women scholars (ulema) only. Since belief in Islam is a condition of deriving legislation, non-Muslims cannot be on this committee. A certain level of legal knowledge is required to scrutinise ijtihad therefore only those Muslim Majlis members who are legally qualified can sit on this committee.

House Committee: This consists of all members of the Majlis including Muslims and non-Muslims. Any issue which is based on majority voting such as the non-technical administrative laws and impeaching government officials is performed by the entire council or House Committee.

Electoral Committee: This consists of Muslim men and women only because the election is for contracting the bay’ah (pledge of allegiance) to the Caliph. Non-Muslims are not part of the bay’ah and they have a separate contract with the state called dhimmah which is discussed elsewhere. The process for electing the Caliph is discussed in the Caliph’s Authority to Rule.

Technical Committees: This consists of Muslim or non-Muslim men and women who have expertise in the particular field where the technical administrative law is being discussed. Expertise from outside the Majlis can also be brought in to these committees as we find in the west.

3 Hizb ut-Tahrir, ‘An Introduction to the Constitution and its obligation,’ translation of Muqadimatud-Dustur Aw al-Asbabul Mujibatulah, Article 109

4 Khilafah.com, ‘Q&A benefiting from public property in the Khilafah,’

5 Hizb ut-Tahrir, ‘An Introduction to the Constitution and its obligation,’ Op.cit., Article 111

8 Hizb ut-Tahrir, ‘An Introduction to the Constitution and its obligation,’ Op.cit., Article 106 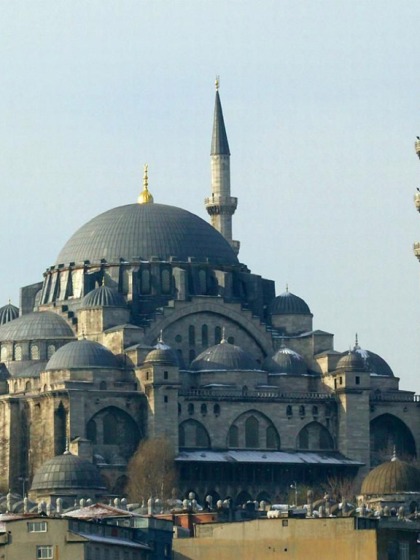 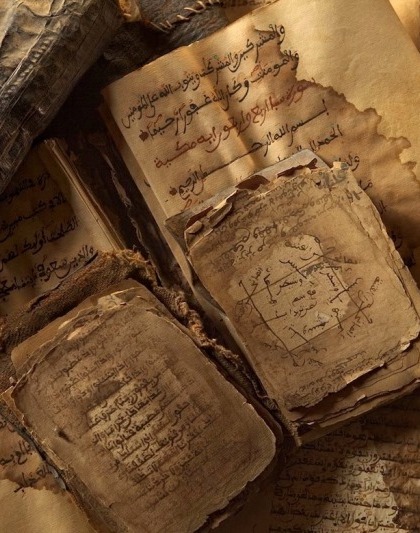 When Umar ibn Al-Khattab was Caliph he wanted to adopt a law which would limit the Mahr for women.[1] So one day Umar delivered a khutbah[2] and said: “Do... 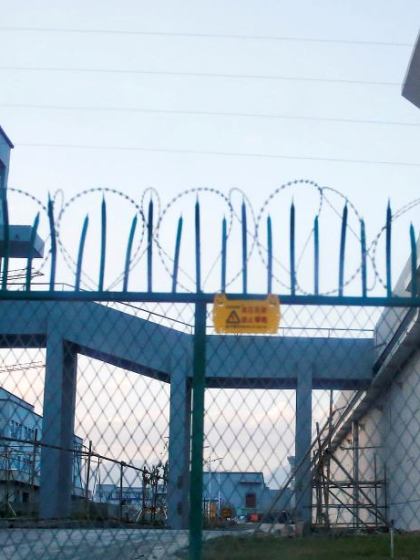 The NY Times has published leaked government documents revealing how Chinese leader, Xi Jinping said “show absolutely no mercy” in the detention of millions of Muslims who are held... 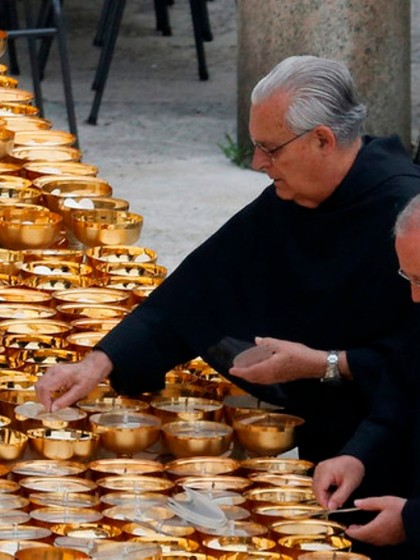 by Ustadh Abu Yusuf European history and its long and bloody religious wars brought about the idea of secularism i.e. separating religion from life’s affairs. This audio lecture will... 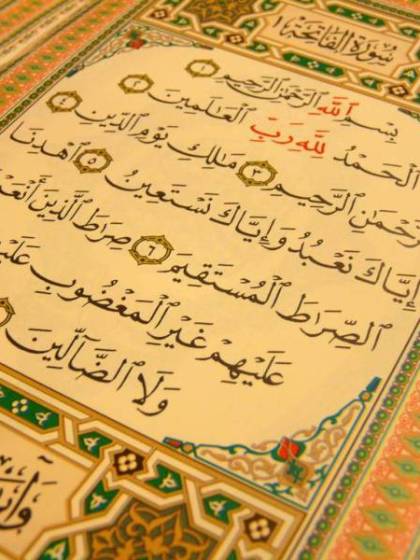 BY DR. REZA PANKHURST This article has been reproduced from Prophetic Politics. Generally speaking, the contemporary argument that it is permitted to have more than one ruler for Muslims... 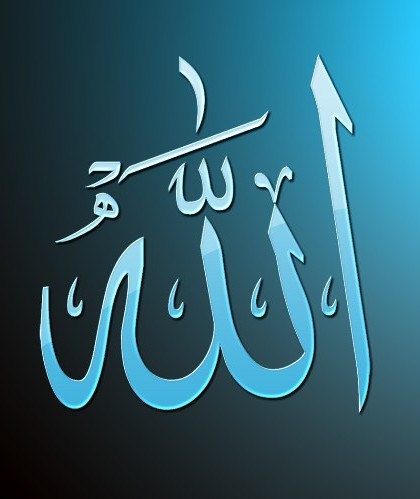 by Ustadh Abu Yusuf If Allah is merciful how can He punish people?